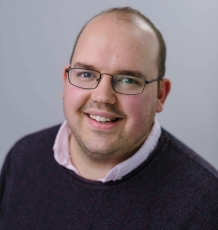 As the Medical Education Programme Manager, Nick oversees the Medicine and Nursing Programme administration and strategic implementation across the delivery locations in the south west.

Before joining the Medical School Nick was the Deputy Hub Manager for St. Luke’s, with overall leadership responsibility of the Medical School programme administration. Nick has held several positions across the University prior to his role within the Hub Team, including as the senior administrator for the Amory College Office and as a Conference Development Manager with Event Exeter. Nick was also elected by the student body to the position of Guild President for the University of Exeter Students’ Guild in 2012, leading the charity through a period of significant change.

Outside of work Nick is a volunteer for the South and Mid Wales Cave Rescue Team and enjoys learning new languages, recently attempting to learn Mandarin.