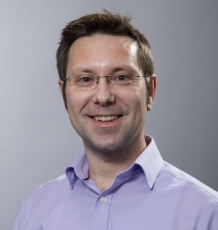 Mark studied pre-clinical medicine at Cardiff University before changing direction with physics.  He spent four years planning radiotherapy treatment with the NHS before joining the Centre for Functional Magnetic Resonance Imaging of the Brain at Oxford University.  In this role, Mark provided electronics and computing support to researchers conducting functional studies of the brain.  After a spell in industry, Mark joined Bristol University physics department, where he managed the first-year undergraduate teaching laboratory.  Mark moved to Cornwall in 2009 and assumed the role of network manager for a charity in Penzance, which provided back-to-work training courses for the unemployed.  Since 2011, Mark has been working in first and second-line IT roles for Falmouth and Exeter universities. Mark is currently stationed at the Knowledge Spa in Truro, where he continues to provide comprehensive computing and audio-visual support.