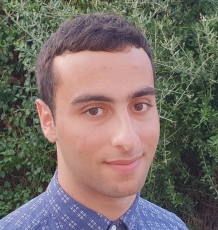 Anthony completed his undergraduate and Masters degree at the University of Sheffield. During this time, he became particularly interested in neurodegenerative diseases, investigating mitochondrial dysfunction and mitophagy in Parkinson’s disease for his MSc project.

He is now undertaking a PhD in the Complex Disease Epigenetics Group under the supervision of Dr Anna Migdalska-Richards, Professor Jonathan Mill and Professor Nigel Williams (Cardiff University). His project will investigate the role of epigenetics in different brain cell types in Parkinson’s, focusing primarily on DNA methylation.

Anthony is interested in both neurodegeneration and epigenetics. His project combines the two, looking at DNA methylation changes in neurons, oligodendrocytes, microglia and other glial cells from the brains of Parkinson’s disease individuals.

During his PhD, he will use several approaches including FACS sorting, DNA methylation profiling, genetic profiling and computational modelling. He is also keen on public involvement and hopes to participate in several workshops with individuals affected by Parkinson’s.