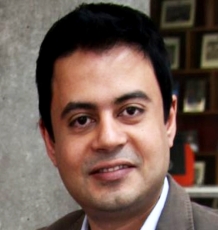 Additionally, Rajiv serves as a Country Expert in the Global Burden of Disease initiative. He maintains Adjunct roles as a Professor at the University of Bern in Switzerland and Executive Director at South Asian Centre for Non-Communicable Disease Research (CNCR) in Bangladesh.

Rajiv was elected a Fellow of the American College of Epidemiology in 2021, a Fellow of the UK Royal Society for Public Health in 2011, and a Fellow of the European Society of Cardiology in 2016. Rajiv’s research has informed global guidelines, and has received significant media attention (eg, in BBC, CNN, NY Times, Times). In 2013, Rajiv received the Bill Gates Senior Prize for contributions to global health.