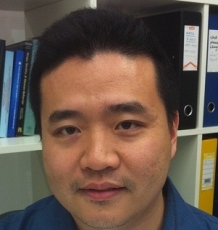 Mitchell Lai is currently a Senior Lecturer with the Department of Pharmacology, Yong Loo Lin School of Medicine at the National University of Singapore. Besides teaching medical, nursing, dental and pharmacy modules at both undergraduate and postgraduate levels, he also holds research positions with the Memory, Aging and Cognition Centre, National University Health System, as Deputy Director and Lead for blood biomarkers development; as well as an honorary professorship with the University of Exeter where he collaborates with several Exeter staff members on dementia neurochemistry. In this role, Mitchell also aims to foster student and researcher exchanges and interactions between Exeter and Singapore.

Previously, Mitchell was a Principal Research Scientist at the Department of Clinical Research, Singapore General Hospital, as well as a visiting researcher at the University of Oxford and Kings College London, where he developed his research interests in dementia pathophysiology and neurochemistry.

The overarching aim of Mitchell’s research is to gain insights into disease mechanisms underlying both neuropsychiatric and cognitive aspects of dementia which lead to clinically meaningful outcomes, including the development of biomarkers, therapeutic targets and leads.