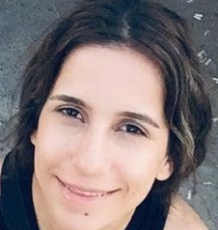 Duygu studied Bioengineering in Gaziosmanpaşa University, Turkey. This was followed by MSc qualification at Gaziosmanpaşa University (Turkey) where she became interest in studying Recombinant DNA Technology. She got a full scholarship by the Turkish Ministry of National Education to study her MSc and PhD education in the UK to become an expert in the field of molecular pathology.

In 2021, she obtained a MSc (Genomic Medicine) under the supervision Professor Sebastian Oltean from the University of Exeter where she studied the alternative splicing in vitro, with focus the importance of FGFR2 in prostate cancer as well as a potential therapeutic strategy.