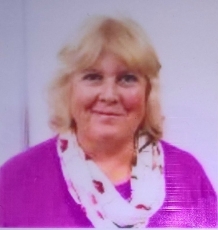 Cathy commenced her teaching career in 1979, graduating from Oxford as a teacher of English. From 1979 - 2007 Cathy taught English and Drama in Upper Schools, Pupil Referral Units, Colleges - holding several positions of responsibility both in middle management and as an external examiner.

In 2007, Cathy founded a prison charity named Beyond the Gate. The purpose of this charity was to seek to address the issues surrounding alcohol misuse - particularly within the prison population. The alcohol intervention delivered by BTG was accredited by the Ministry of Justice and the work of the charity extended to resettlement for a number of ex offenders.

In 2013, the focus of the charity shifted to provide assistance to families who were grappling with Foetal Alcohol Spectrum Disorder. This work has expanded, with 56 families in receipt of ongoing support and advocacy.

Having delivered SSU's at Peninsula Medical School[ now College of Medicine and Health] since 2008, it is a continuing joy to be involved as Medical Humanities Lead for Exeter.