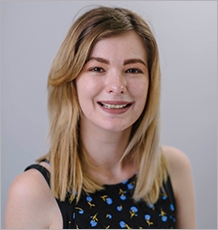 I am a PhD student in the Centre for Research in Ageing and Cognitive Health (REACH) supervised by Dr Siobhan O'Dwyer, Professor Linda Clare, and Dr Janet Heaton. My PhD research concerns dementia and social media.  I graduated from the University of Bath in 2016 with a BSc (Hons) degree in psychology and came runner up in the Helen Haste competition for creativity and innovative writing. I am a cyberpsychologist interested in health research and online communities. I am also interested in internet-mediated research ethics, digital methods, online behaviours, and body image.

Morey, Y., and Talbot, C. (2015). Spotlight on Social Marketing #34: From the Missionary Position, to First Do No Harm, to a Negotiated Ethics in Internet Mediated Research. Available from: http://www1.uwe.ac.uk/bl/research/bsmc/news/spotlight.aspx