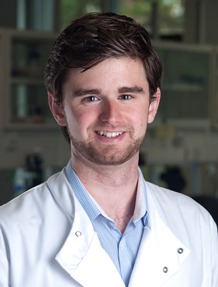 Adam joined the University of Exeter in 2010 to do his degree in Medical Science. During his degree he had a considerable interest in the structure and function of the brain more especially in neurological conditions such as Alzheimer’s disease and Huntington’s disease.  As part of Adam's degree he worked for a year as an associate genetic technologist in the Molecular Genetics Department of the RD&E Wonford hospital. It was here Adam decided that a molecular approach to understanding neurological diseases was how he wanted to continue his learning and research.

Adam is mainly interested in research that shapes the development of clinical medicine and patient care, with a particular focus on genetics, epigenetics and how these impact neurological diseases. Despite the recent boost in Dementia research funding we are still a long way off from fully understanding complex neurodegenerative diseases such as Alzheimer’s disease. Adam believes an epigenetic approach to unravelling the complications of these diseases are the best next step to working out the pathology, therefore leading to better treatments and care for dementia sufferers.