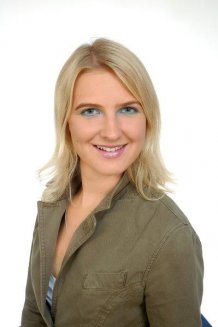 A University of Exeter researcher is among a group of promising scientists awarded Young Investigator Grants by the Brain & Behavior Research Foundation.

Dr Anna Migdalska-Richards, of the University of Exeter Medical School, is examining modifications in gene expression which impact the different cell types in the brain in schizophrenia.

The findings could help determine whether drugs that reverse epigenetic changes could be used to treat schizophrenia.

“I am very happy to have been awarded this prestigious Young Investigator Grant,” said Dr Migdalska-Richards, whose grant is $75,000 (£57,000).

“It will allow me to extend my current exciting research in schizophrenia.

“Up until recently, work in this area has typically only looked at the brain as a whole.

“However, we are now starting to understand that different brain cell types may be affected by schizophrenia in different ways.

“This grant will allow me to look into two distinct brain cell types – neurons and oligodendrocytes – and examine the role that non-DNA-sequence changes (so called ‘epigenetic’ changes) play in the pathophysiology of schizophrenia.”

Dr Migdalska-Richards is among 200 recipients of Young Investigator Grants, valued at more than $13.8 million in total.

“The research our grantees conduct provides tremendous hope for continued advancements in our understanding of the brain and continued improvements in treatment and ultimately, cures and methods of prevention,” said Jeffrey Borenstein MD, President and CEO of the Brain & Behavior Research Foundation.