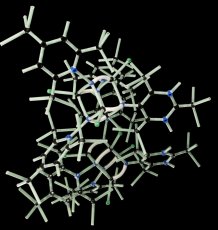 The team compared data from SNP chips with data from the more reliable tool of next generation sequencing in 49,908 UK Biobank participants

After hearing of cases where women had surgery scheduled after wrongly being told they had very rare genetic variations in the gene BRCA1 that could significantly increase risk of breast cancer, a team at the University of Exeter conducted a large-scale analysis of the technology using data from nearly 50,000 UK Biobank participants. They found that the technology wrongly identified the presence of very rare genetic variants in the majority of cases.

The team analysed SNP chips, which test genetic variation at hundreds-of-thousands of specific locations across the genome. While excellent at detecting common genetic variation that can increase the risk of diseases such as type 2 diabetes, geneticists have long known they are less reliable at detecting rarer variation. However, this problem is less well known outside the genetic research community, and SNP chips are widely used by commercial companies that offer genetic testing direct to consumers.

Caroline Wright, Professor in Genomic Medicine at the University of Exeter Medical School, senior author on the paper, said: “SNP chips are fantastic at detecting common genetic variants, yet we have to recognise that tests that perform well in one scenario are not necessarily applicable to others. We’ve confirmed that SNP chips are extremely poor at detecting very rare disease-causing genetic variants, often giving false positive results that can have profound clinical impact. These false results had been used to schedule invasive medical procedures that were both unnecessary and unwarranted.”

The team compared data from SNP chips with data from the more reliable tool of next generation sequencing in 49,908 UK Biobank participants, and an additional 21 people who shared results of their consumer genetic tests via the Personal Genome Project.

The study concluded that SNP chips performed extremely well in detecting common genetic variants. However, the rarer the variation was, the less reliable the results became. In very rare variants, present in fewer than 1 in 100,000 individuals, typical of those causing rare genetic disease, 84 per cent were false positives in UK Biobank participants. In the data from commercial customers, 20 of 21 individuals analysed had at least one false positive rare disease-causing variant that had been incorrectly genotyped.

Dr Leigh Jackson, Lecturer in Genomic Medicine at the University of Exeter and co-author of the paper, said: “The number of false positives on rare genetic variants produced by SNP chips was shockingly high. To be clear: a very rare, disease-causing variant detected using a SNP chip is more likely to be wrong than right. Although some consumer genomics companies perform sequencing to validate important results before releasing them to consumers, most consumers also download their “raw” SNP chip data for secondary analysis, and this raw data still contain these incorrect results. The implications of our findings are very simple: SNP chips perform poorly for detecting very rare genetic variants and the results should never be used to guide a patient’s medical care, unless they have been validated.”