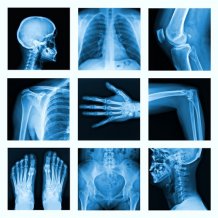 Two population screen and treat programmes commonly prescribed to prevent older people falling have no impact on reducing fractures, researchers from the University of Warwick and University of Exeter have concluded.

As part of the largest clinical trial of its kind in the UK, funded by the National Institute for Health Research, the team examined two approaches to preventing falls in older people to find out if they also resulted in fewer fractures. Their results, published on 4 November in the New England Journal of Medicine, showed that these programmes are not effective, when using a population screening approach, in reducing fractures in older people.

Up to one in 20 older people with a history of falling sustains a fracture annually, with some being admitted to hospital, or needing to move to a care home. One in three people with a hip fracture dies within one year. Hip fractures alone cost the UK over £2 billion per year. Strategies to prevent fall-related fractures are desperately needed.

The study examined two screen and treat programmes: multi-factorial fall prevention (MFFP), and exercise for people at increased falls risk. People living in the community were screened for falls risk and invited to attend the programmes.  Both interventions are widely used in health services internationally, and prescribed regularly for older people.

Multi-factorial fall prevention involved a one-hour assessment with a trained health professional for eight risk factors for falls. Following this, participants would either be given specific advice, see their GP for a detailed medication review, or be referred for physiotherapy-led exercise. The exercise programme ran for six months during which they were seen by a physiotherapist and exercised at home.

The trial recruited 9803 people aged 70 and older - with the eldest being 101 years old – and who were living in the community (i.e. not in a care home). They were asked to complete a short questionnaire to determine their individual risk of experiencing a fall and those with a higher risk of falls were provided with a falls prevention advice booklet, then randomly assigned to take part in either the 6-month exercise programme, the multi-factorial fall prevention programme, or no further intervention beyond the advice booklet. By taking a population-based screening approach, rather than targeted approach focusing solely on those already being treated for falls, the researchers could build a realistic picture of the broader impact of these programmes on all older people.

The researchers then used data from NHS Digital, combined with general practice records and reports from the participants themselves, to determine how many times they went to hospital or attended Accident and Emergency with a fracture over the course of 18 months. When they compared fracture rates from both screen and treat programmes to those who had only received the advice booklet, they found no reduction in fracture rates between them.

Lead author Professor Sallie Lamb of the University of Exeter, who began the research while working at the University of Warwick, said: “Whilst this is a disappointing result, it shows that we must continue to invest in research and development to reduce fractures in older people. We need to think about the broader causes of fractures, and also understand more about what happens to cause falls.”

Co-author Professor Martin Underwood from Warwick Clinical Trials Unit at the University of Warwick said: “Exercise programmes and multifactorial fall prevention are commonly advised for older people at risk of falling based on evidence that they reduce falls, but until now the evidence hasn’t shown that they reduce fractures. We have shown beyond reasonable doubt that these interventions are ineffective at reducing fractures.”

Co-author Professor Julie Bruce from Warwick Clinical Trials Unit at the University of Warwick said: “We saw benefits to the general health of people doing exercise and a short-term reduction in the number of falls after exercise. People completing the 6-month exercise programme became stronger and their balance improved but that did not translate into a reduction in fractures in the long term. The take home message is that we would encourage older people to do physical activity and keep mobile because of the health benefits.”