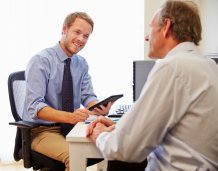 The new LSE-Lancet Commission assesses the UK's health system and sets out a vision for its future.

Post-pandemic, there is a historic opportunity to strengthen the NHS and improve health and care for all, according to a new LSE-Lancet Commission on the future of the NHS, involving the University of Exeter.

The report is the first comprehensive analysis of the initial phases of the COVID-19 response and the main opportunities and challenges facing the NHS. The NHS is internationally held up as a leading example of universal health care, but in widespread analyses, the Commission highlights how far the health of the UK population lags behind that of other high-income countries.

The authors point to comparatively low funding for the health service, as well as the long-standing impact of poorly resourced social care and public health programmes on the health of the nation, driving inequalities, and leaving the NHS poorly placed to pick up the pieces.

The Commission, formed in 2017, brings together 33 leading research, policy, management, and clinical experts from the four constituent countries of the UK. It is published alongside four health policy papers published in The Lancet and The Lancet Digital Health, and an editorial from The Lancet.

The report warns against any further major reorganisation of the NHS, which would be disruptive and fail to deliver the intended benefits. Instead, it argues for building on the common strengths of the NHS, with a focus on investment, integration of existing services, and disease prevention, to improve health and care and reduce widespread inequalities.

Research co-lead Dr Emma Pitchforth, from the University of Exeter, said: “During the pandemic, the NHS has struggled in the face of poor decision-making by government, including delayed implementation of social distancing measures, poor coordination with local authorities and public health teams, a dysfunctional track and trace system, and a lack of consultation with devolved nations

“Staff morale is at rock bottom because of real term pay cuts and the relentless workload, and the pandemic will leave a challenging legacy of additional mental health needs, a growing backlog of people waiting for elective care, and extra support needed for those living with the after-effects of COVID-19. The pandemic has also laid bare stark socioeconomic and racial inequalities in the UK, and the catastrophic consequences for health.”

Research co-lead of the Commission Dr Michael Anderson from the London School of Economics and Political Science (LSE), said: “Without concerted action and increased funding, we risk the UK falling further behind other high income countries in health outcomes and life expectancy, continued deterioration in service provision, worsening inequalities, increased reliance on private funding, and an NHS that is poorly equipped to respond to future major threats to health.”

Read the full report and recommendations at: https://www.thelancet.com/commissions/future-NHS