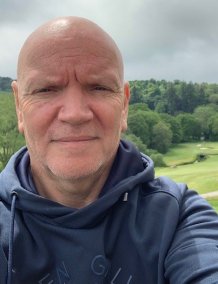 A largescale new study offers a new approach to treating in type 2 diabetes - that puts patients in charge of their own medication.

The Trimaster study is the first to allow people with type 2 diabetes to choose their own medication, after trying three different drugs in succession. It concluded the approach could be a new way of finding the best treatment.

Researchers at the University of Exeter led the Medical Research Council-funded study, which gave people with type 2 diabetes three commonly-prescribed drugs, each for a 16-week period in turn. During the study, researchers monitored the effect of each drug on the 448 patients’ glucose levels, weight and recorded the side effects.  At the end of the study, now published in Nature Medicine, patients got to choose the drug that worked best for them.  Their chosen drug not only lowered glucose most effectively, but also resulted in less side effects.

Lead author Dr Beverley Shields, of the University of Exeter, said: “Getting the right treatment for diabetes is fundamental to getting the best outcomes, and maintaining good quality of life. Our study is the first to invite people with type 2 diabetes to try common drugs in succession, to see which one works best for them.  Interestingly, we found that the treatment people chose was usually the one which gave them best blood sugar control – even before they knew those results.”

Participant Tim Keehner, from North Devon, was diagnosed with type 2 diabetes 15 years ago. The marketing expert was enrolled into the study because his blood sugar was running too high

“I was given three drugs. The first two didn’t work for me at all – in fact, one of them made me feel even worse. Thankfully, from the first moment I took the third drug, I felt different – I had more energy, and I knew it was the right drug for me. I’m still on it today and I’m able to engage in all the sports I love – it’s fantastic.”

Type 2 diabetes affects more than four million people in the UK, and is a major cause of illness and death. It also accounts for 10 per cent of NHS expenditure . The problems associated with diabetes can be greatly reduced if the blood sugar levels are lowered. A number of different drugs work to reduce blood sugar, and while overall they are similarly effective, individual patients will vary in terms of how much the drug lowers their blood sugar and the side effects they have. Choosing the right drug for a patient is difficult.

Diabetes consultant Professor Andrew Hattersley CBE, of the University of Exeter, who oversaw the research, said: “This is the first study in which the same patient has tried three different types of glucose-lowering drug, enabling them to directly compare them and then  choose which one is  best for them. We’ve shown that going with the patients’ choice results in a better glucose control and less side effects than any other approach.  When it’s not clear which drug is best to use, then patients should try before they choose. Surprisingly, that approach has never been tried before.”

The three drugs given to patients in the trial were sitagliptin, canagliflozin, and pioglitazone