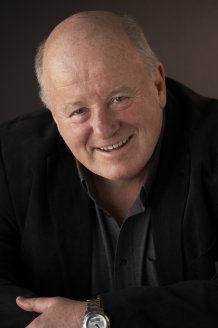 A world expert in measuring brain function will give his first lecture at the University of Exeter. Keith Wesnes was recently appointed Professor of Cognitive Neuroscience at the University of Exeter Medical School, bringing over 40 years’ experience of measuring changes to major aspects of cognitive function in both clinical practice and research.

His work is crucial for furthering the understanding of various factors, including ageing and dementia, which compromise cognitive function, as well as the identification of factors which could ameliorate such changes.

Professor Wesnes has specialised in the automation of tests throughout his career, in the belief that such an approach provides the most sensitive and appropriate assessments of change in cognitive function in research. He has been involved in over 1,000 studies, including PROTECT, an exciting and innovative 10 year on-line research study of more than 20,000 people, aged 50 and over. The study, which is now entering its second year, aims to understand the genetic and lifestyle factors that contribute to the risk of cognitive decline, while also developing and evaluating interventions to ameliorate such decline.

Professor Wesnes said: “I had no hesitation in accepting the offer to join the University of Exeter, which is an established centre of research excellence, with a dynamic and growing Medical School. it is an exciting time to become part of an outstanding and forward-looking team, and to work with my new colleagues to focus our efforts on the emerging recognition of the worldwide impact of the cognitive deficits associated with ageing.”

Professor Wesnes will continue his longstanding collaboration with Clive Ballard, Professor of Age-Related Diseases, who recently joined the University as Pro-Vice Chancellor and Executive Dean of the Medical School.

Professor Ballard said: “I’m delighted to welcome Keith to Exeter, to build on the University’s strong expertise in dementia and ageing, one of our priority research areas. As the number of people aged over 65 worldwide is expected to double between now and 2050, it is crucial that we find new ways to help people live healthier, more fulfilling lives in older age. We’re attracting global leaders to join the already outstanding calibre of researchers at Exeter. By working in partnership with healthcare professionals, carers and people in the community, we can really improve lives in the South West and globally.”

Professor Wesnes will deliver his lecture Cognitive function assessment in clinical research: The good, the bad & the ugly between 1 and 2pm on 8 March. For more information and to register, visit the University website: http://www.exeter.ac.uk/news/events/details/index.php?event=6710