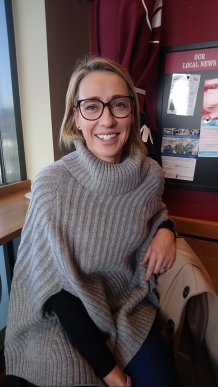 Helen was misdiagnosed with type 2 diabetes

Type 1 diabetes as common in adults as children, but many adults are misdiagnosed

Type 1 diabetes is not predominantly a ‘disease of childhood’ as previously believed, but is similarly prevalent in adults, new research published in the Lancet Diabetes & Endocrinology shows.

Research by the University of Exeter Medical School using UK Biobank found that adults are as likely to develop type 1 diabetes as children, with more than 40 per cent of type 1 diabetes cases occurring after the age of 30.

Among the adults with type 1 diabetes to have been misdiagnosed is Theresa May, the Prime Minister, who was initially told by doctors she had type 2 diabetes and given tablets which did not control her blood sugar.

Distinguishing between type 1 or type 2 diabetes matters as it affects the treatment needed. In type 1 diabetes immune cells destroy the body’s insulin producing beta cells and people need to be injected insulin to control blood sugar levels. With Type 2 diabetes there is still insulin produced so it can be treated initially with diet and tablet therapy.

Type 1 diabetes has been typically viewed as a disease of childhood and adolescence as it accounts for more than 85 per cent of diabetes in under 20s.

But type 1 cases are harder to recognise and correctly diagnose in adults because far more people develop type 2 diabetes in later life. Type 2 accounts for 96% of diabetes cases between the ages of 31 and 60, the research shows.

A crucial clue to the possibility of adult–onset type 1 diabetes is the failure of tablets to control blood glucose. Adult-onset type 1 patients are also likely to be slim compared to type 2 patients who are often obese.

Exeter University’s diabetes research team concluded that, although much less common than type 2 diabetes in adulthood, it is crucial that type 1 is diagnosed and treated correctly as it can be life threatening. They found that one in nine of the adult onset type 1 diabetes were admitted to hospital with diabetic ketoacidosis, a potentially fatal condition that develops when type 1 patients are not given insulin.

Dr Richard Oram, a senior lecturer at the University of Exeter and Consultant Physician, said:

“Diabetes textbooks for doctors say that type 1 diabetes is a childhood illness. But our study shows that it is prevalent throughout life. The assumption among many doctors is that adults presenting with the symptoms of diabetes will have type 2 but this misconception can lead to misdiagnosis with potentially serious consequences. The Prime Minister is an example of someone who was misdiagnosed in this way at first. This study should raise awareness that type 1 diabetes occurs throughout adulthood and should be considered as a diagnosis.“

Professor Andrew Hattersley, Professor of Molecular Medicine at the University of Exeter and Consultant Diabetologist at the Royal Devon and Exeter NHS Foundation Trust, said:

“Type 1 diabetes is often mistaken for type 2 in adults. The diagnosis of type 1 diabetes in middle and old age is very difficult because almost all patients with diabetes at this age have type 2.  Failure to recognise that the diabetes is type 1 rather than type 2 and give appropriate insulin treatment can be dangerous. Type 1 diabetes should be considered for any patient who is rapidly failing to respond to increasing doses of tablets especially if they are slim".

The study was funded by the Wellcome Trust and Diabetes UK.

“Type 1 diabetes is much more common than type 2 diabetes in children and young adults. With increasing age, type 2 diabetes becomes more common, making type 1 diabetes less easy to identify. While more research is needed to understand the realities of misdiagnosis, we’d ask healthcare professionals to have this insight in mind: don’t rule out type 1 diabetes after the age of 30.” It was only when she took part in the Start Right study, led by the University of Exeter, that she discovered that she actually had type 1 diabetes and had been on the wrong medication for a year. She switched to insulin injections and soon the vomiting stopped and her weight began to stabilise.

Helen Philbin knew something was amiss with her diagnosis of type 2 diabetes. Slim and active, she felt her lifestyle could not have triggered the condition. More worryingly, the metformin she was prescribed was only worsening her symptoms. She continued to lose weight and had regular bouts of vomiting.

Helen, a dental hygienist from Torquay, said: “Having the wrong diagnosis was extremely frustrating. I just knew it wasn’t right. I’m an active person. I’m always running around with my two young kids and I walk the dog every day.”

Helen had just turned 40 when she visited her GP after experiencing extreme thirst. Although she was underweight, her blood test strongly indicated diabetes. She was diagnosed with type 2 and prescribed metformin, and sent on a course to learn about lifestyle factors including a low-sugar diet. “All the other people on the course were in their mid 60s and overweight,” said Helen. “I was 5’10” and 9.5 stone. I stood out like a sore thumb. When I raised it with nurses or my GP, I was told that type 1 diabetes is always diagnosed in childhood, so I had to be type 2.  I felt like I was banging my head against a wall.“

Helen took the lifestyle advice seriously. She cut out carbs form her diet almost completely to get better blood sugar control – but she began vomiting up to four times a week. “It was horrible,” she said. “Even a single piece of toast would send my blood sugar levels through the roof, and I was losing even more weight.

“I’m so pleased I was invited to take part in the trial and I got the right diagnosis. It’s such a relief and it’s made such a difference. I’m fine now. I haven’t had a single episode of vomiting since switching to insulin, and I’m now gaining weight. My year on the wrong treatment was awful. I hope this research ensures more people can get the right treatment more swiftly.”

To improve knowledge about correctly diagnosing diabetes the Exeter team are at present performing the StartRIGHT study which is funded by NIHR and Diabetes UK. Anyone over 18 who is diagnosed with diabetes in the last year and is now on insulin can sign up.  If you’re interested in taking part in the study, please contact the Exeter Clinical Research Facility by emailing crf@exeter.ac.uk or calling 01392 408182.