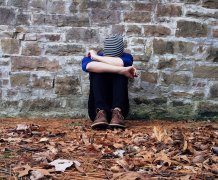 Self-harm is becoming a major issue for schools nationwide.

The majority of teachers and support staff lack the time and training they need to support students who self-harm, according to a new report co-led by the University of Exeter.

A survey of staff from 153 secondary schools across Devon, Somerset and Wales also found that teachers and support staff were reluctant to talk to students about self-harm, because they feared it could lead to an increase in the number of incidents.

Self-harm is becoming a major issue for schools nationwide, with a recent University of Bristol study finding that nearly two out of ten 16-17 year olds self-harm.

Respondents to the GW4 survey felt that staff are not sufficiently trained to deal with self-harm, with eight out of ten (81%) listing inadequate staff training as a barrier.

Teachers and support staff also cited a lack of time in the curriculum (79%) and a lack of resources (74%) as significant obstacles to providing self-harm support to students.

School staff were also concerned that raising awareness of self-harm with students may actually lead to an increase in self-harm incidents.

The fear of encouraging students to self-harm by delivering a specific programme on self-harm was considered by eight out of ten (80%) as a barrier to addressing self-harm in groups. The majority of respondents said that they would rather use general mental health promotion programmes than ones specifically on self-harm.

Dr Astrid Janssens, Senior Research Fellow at the University of Exeter Medical School, said: “It is worrying that schools see talking about self-harm specifically as taboo. That same approach applied to talking about suicide 20 years ago, but now it is routinely assessed by clinicians, who have the training to ask questions about suicidal thoughts in the right environment. We need to ensure that these concerns do not prevent teachers from engaging with young people who want to open the dialogue around self-harm.”

“We recommend that schools have a policy about what to do if a young person self-harms, including information on what to do if someone discloses self-harm. This should include not being afraid to ask a young person if they are or have thought of self-harming as part of a supportive, non-judgemental conversation by a designated member of staff.”

Schools also worry that they have little control over students’ access to social media, yet it is seen to play a large part in informing and influencing students. Staff perceive it could have a negative effect in encouraging self-harm amongst their students.

The GW4 survey has shown that there is a need for additional research on self-harm awareness and “contagion”, alongside further research to understand the effects of social media on young people. With this in place, it is hoped that schools will be better informed to develop future self-harm prevention strategies.

GW4 Director Dr Sarah Perkins said: “Over 150 schools across our region participated in this important study, which demonstrates that further support is needed to equip teachers with the tools and techniques necessary to deal with self-harm. We hope that this research is recognised by policymakers and schools alike to make qualified decisions around self-harm and mental health provision.”

The report concluded with recommendations for policy makers and school staff: