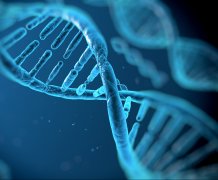 The University of Exeter Medical School has made advances in understanding the ways in which genetic risk factors alter gene function in schizophrenia.

Progress in refining the genetic causes of schizophrenia

An international study led by the University of Exeter Medical School has made advances in understanding the ways in which genetic risk factors alter gene function in schizophrenia.

The study, published today in Genome Biology and funded by the Medical Research Council, combined genetic sequence information with measures of gene regulation in schizophrenia patients and matched controls.

Schizophrenia is an inherited, neuropsychiatric disorder characterised by episodes of psychosis and altered brain function. Despite previous research successfully identifying genetic variants associated with schizophrenia, scientists remain uncertain about which genes cause the condition and how their function is regulated.

The study, which used blood samples from 1,714 individuals, is the largest of its kind. It has helped to clarify which specific genes are actually affected by the genetic variants associated with schizophrenia, and provides a blueprint for researchers to undertake similar analyses for other complex diseases. The team included collaborators from King’s College London, University College London and the University of Aberdeen, as well as colleagues in Finland, China, Germany and the Netherlands.

The team focussed on both the underlying genetic sequence and DNA methylation - an epigenetic mark which regulates both gene expression and function. By profiling genetic and regulatory variation in the same samples, the group found that many of the genetic variants previously found to be associated with schizophrenia have potential effects on gene regulation. The team also identified epigenetic changes in 26 of 105 regions of the genome previously implicated in schizophrenia, prioritising specific genes for further functional studies and as potential targets for novel treatments.

Professor Jonathan Mill, of the University of Exeter Medical School, who led the research, said: “This study highlights the power of integrating different types of genomic data to better understand how disease-associated DNA sequence variation actually influences the way in which genes function. Although our study focussed on schizophrenia, we’re now applying this approach to other types of complex disease.”

Dr Eilis Hannon, of the University of Exeter Medical School, was lead author of the study. She said: “It is clear that genetic studies need to look beyond simply sequencing DNA, and in this study we simultaneously profiled DNA methylation. By aligning the results from these two molecular approaches, we have generated a list of genes directly affected by schizophrenia genetic risk factors”