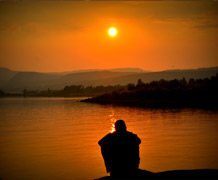 Without ongoing treatment, as many as four out of five people with depression relapse at some point.

The largest meta-analysis so far of Mindfulness-Based Cognitive Therapy (MBCT) for recurrent depression has found that MBCT is an effective treatment option that can help prevent the recurrence of major depression.

The study, involving researchers from the University of Exeter Medical School, used anonymised individual patient data from nine randomized trials of MBCT. It found that it provides a treatment choice and an alternative or addition to long-term antidepressant use for the millions of people who suffer recurrent depression.

Major depression is a significant public health problem. Without ongoing treatment, as many as four out of five people with depression relapse at some point. MBCT is a group-based psychological treatment that helps people change the way they think and feel about their experiences and to learn skills that reduce the likelihood of further episodes of depression. This meta-analysis included data from trials that compared MBCT to usual care as well as to other active treatments such as maintenance antidepressants – the current mainstay approach to prevention of depressive relapse.

The inclusion of individual patient data made it possible to demonstrate that a person’s age, sex, level of education and the age at which they first became depressed did not significantly influence the effectiveness of MBCT, suggesting that this approach is useful for a broad range of people. Those people who experienced more symptoms of depression when they entered treatment tended to show greater benefits from MBCT compared with other treatments. Clinical trials systematically record the occurrence of adverse events and negative outcomes such as death or hospitalisation for any cause. The study found no evidence of adverse events associated with MBCT when delivered by well-trained teachers in a clinical context.

Professor Rod Taylor and Dr Fiona Warren, of the University of Exeter Medical School, led on the complex statistical analysis needed for the research. Dr Warren said: “This publication in the prestigious journal JAMA Psychiatry represents an excellent example of how data from individual patients within different studies can be combined, leading to new insights that can benefit patients in the future. This project was an international collaboration, and demonstrates the strength of health statistics at the University of Exeter Medical School.”

Richard Byng, Professor of Primary Care, University of Plymouth and one of the co-authors said: “While the evidence is from a relatively small number of trials, it is encouraging for patients and clinicians to have another option. There was insufficient data to examine which types of patient or context predict who would benefit most. This, along with varied individual study and wide combined study confidence intervals, means that clinicians need to be cautiously optimistic when tapering off antidepressant medication, and treat each patient as an individual who may or may not benefit from both MBCT and other effective treatments.”

Lead author, Willem Kuyken, Professor of Clinical Psychology at the Oxford Mindfulness Centre said: “This new evidence for Mindfulness-Based Cognitive Therapy, collated from individual patient data across nine randomised trials is very heartening. While MBCT is not a panacea, it does clearly offer those with a substantial history of depression a new approach to learning skills to stay well in the long-term, and offers people a safe and empowering treatment choice alongside other mainstay approaches such as cognitive-behavioural therapy and maintenance antidepressants. We need to do more research, however, to get recovery rates closer to 100% and to help prevent the first onset of depression, earlier in life. These are programmes of work we are pursuing at the University of Oxford and with our collaborators around the world."