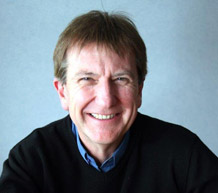 Professor Stuart Logan has been made NIHR Senior Investigator for his commitment to the field.

The National Institute for Health Research (NIHR) has recognised another researcher at the University of Exeter Medical School as being one of the most outstanding health researchers in the UK.

Professor Stuart Logan, Cerebra Professor of Paediatric Epidemiology, has been made NIHR Senior Investigator for his commitment to the field. It means the Medical School now has four professors recognised with the NIHR’s prestigious title.

Professor Logan is also Director of the Medical School’s Institute of Health Research and Director of NIHR CLAHRC South West Peninsula (PenCLAHRC), which has helped design an innovative approach to merge decision makers with research, using the results to change routine practice. In all his roles, Professor Logan is committed to generating research with direct relevance to policy and practice, and helping to make research more accessible and useful to practitioners, the public and health service managers.

Professor Stuart Logan said: “I am delighted to be appointed as an NIHR Senior Fellow. NIHR was established as the research arm of the NHS 10 years ago and has transformed our ability to conduct research and for research to benefit patients. I’m proud to have the opportunity to contribute to this effort.”

Three more University of Exeter Medical School academics also hold NIHR Senior Investigator awards which were awarded in previous years and are held for five years. They are: Professor David Richards, who leads research in increasing access to mental health care and improving the evidence base for nursing; Professor Rod Taylor, who works in the field of cardiac secondary prevention and rehabilitation and Professor Andrew Hattersley, recognised for his work in understanding the genetics of diabetes. Professor Paul Dieppe is an NIHR Emeritus Senior Investigator and previously held a Senior Investigator Award for the maximum of two terms.

Professor Angela Shore, Interim Dean at the University of Exeter Medical School, said: “Congratulations to all recipients of these awards, which are recognition of the outstanding calibre we have in Exeter in a range of fields with a direct impact on healthcare. This research has significant benefits both in the South West and across the world.”