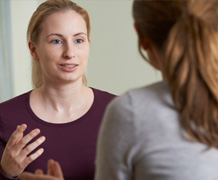 Clinical depression is the second largest cause of disability globally.

Behavioural Activation as effective as CBT for depression, at lower cost

A simple and inexpensive therapy is equally as effective at treating depression as the “gold standard” of Cognitive Behavioural Therapy (CBT), a largescale study has concluded.

Behavioural Activation (BA) is relatively simple, meaning it can be delivered by more junior staff with less training, making it a cost-effective option. It is around 20 per cent cheaper than CBT, meaning it could help ease current difficulties in accessing therapy, and could make it more realistic to deliver for a wider range of countries worldwide. BA encourages people to focus on meaningful activities driven by their own personal values as a way of overcoming depression.

Led by researchers from the University of Exeter, the multi-centre COBRA study is one of the largest in the world to assess psychological treatments of depression through a randomised controlled trial, by comparing different treatments between groups.

Professor David Richards, NIHR Senior Investigator at the University of Exeter Medical School, led the study. He said: “Effectively treating depression at low cost is a global priority. Our finding is the most robust evidence yet that Behavioural Activation is just as effective as CBT, meaning an effective workforce could be trained much more easily and cheaply without any compromise on the high level of quality. This is an exciting prospect for reducing waiting times and improving access to high-quality depression therapy worldwide, and offers hope for countries who are currently struggling with the impact of depression on the health of their peoples and economies.”

Clinical depression is the second largest cause of disability globally, affecting around 350 million people worldwide. The impact on economic output across the world is projected to be US$5.36 trillion between 2011 and 2030. Although CBT is known to be effective, access is often restricted, with long waiting lists. In England, 1 in 10 people have been waiting over a year to receive talking therapy, whilst in the USA, only about a quarter of people with depression have received any type of psychological therapy in the last 12 months.

Yet, until now, the UK’s National Institute for Health and Clinical Excellence (NICE) has said there is insufficient evidence to recommend Behavioural Activation as a first-line treatment in clinical guidelines, and has called for more robust research to investigate the benefits. The Cost and Outcome of Behavioural Activation versus Cognitive Behavioural Therapy for Depression (COBRA) trial, one of the largest of its kind in the world, was designed to meet this need.

The trial recruited participants from primary care and psychological services in three sites in Devon, Durham, and Leeds. The 440 participants were split into two groups – 219 were given CBT and 221 received BA. The groups were followed up and assessed at six, 12 and 18 months. The researchers found no difference between the groups at follow-up, providing the strongest evidence to date that BA is just as effective as CBT.

Behavioural Activation is an ‘outside in’ treatment that focuses on helping people with depression to change the way they act. BA helps people make the link between their behaviour and their mood. Therapists help people to seek out and experience more positive situations in their lives. The treatment also helps people reduce the amount of times they avoid difficult situations and helps them find alternatives to unhelpful habitual behaviours.

A year after the start of treatment, BA was found to be non-inferior (not worse than) than CBT, with around two-thirds of participants in both groups reporting at least a 50% reduction in depressive symptoms. Participants in both groups also reported similar numbers of depression free days and anxiety diagnoses, and were equally likely to experience remission. Cost of delivery for BA therapy was found to be around 20% cheaper than CBT.

In line with other trials of a similar nature, drop-out rates were around 20% and around a third of participants in both groups did not attend the minimum number of therapy sessions.

Dr Peter Aitken, Director of Research and Development at Devon Partnership NHS Trust, said: "Research into psychological therapies and mental health is incredibly important and we are always looking for treatments and approaches that offer people better outcomes and, wherever possible, improved cost efficiency. Last year our Depression and Anxiety Service in Devon, which supports people with mild to moderate needs, received 20,000 referrals and we know that the incidence of depression is steadily increasing. Contributing to the research agenda and taking forward treatments such as Behavioural Activation is vital if our services are to keep pace with this rising demand and offer value for money."

Dr David Ekers, nurse consultant from TEWV, who led the Durham study site, said: “The practical nature of BA and the relative simplicity of delivery makes it an attractive option for NHS services. We have already seen considerable interest within TEWV to make this effective intervention more available to its service users. Whilst we must ensure ongoing quality to reflect what was provided in the COBRA study, this intervention will offer a cost effective option to provide evidence based psychological interventions for depression across a range of clinical teams.”