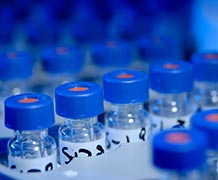 Six University of Exeter academics appear on a list of the world’s most influential scientific minds.

Six University of Exeter academics appear on a list of the world’s most influential scientific minds that is published this week.

Inclusion on the authoritative Thomson Reuters Highly Cited Researchers list for 2015 puts the academics, who are working across the natural, biomedical and social sciences, in the top one per cent of researchers globally. Three are producing world class research on climate change and three in fields related to medicine.

Two academics from Mathematics – Peter Cox and Pierre Friedlingstein -- are listed under GeoSciences, along with Neil Adger from human geography, for Social Sciences. All three academics specialise in the science and responses to climate change.

Three academics from the University of Exeter Medical School, Timothy Frayling, Andrew Hattersley and Michael Weedon, listed within the Molecular Biology and Genetics specialty, are involved in research to combat some of the most challenging healthcare issues such as diabetes and obesity.

Professor Neil Adger from Geography said: “I am delighted to be included as a Highly Cited Researcher. In social science, evidence and robust findings are crucial for helping to tackle challenges to society and our place in the world. Contributing in any way is fantastic, not least if other researchers make use of and read your work. My inclusion in the Social Science demonstrates, hopefully, that research in Exeter makes a difference.”

Professor Peter Cox, from Mathematics, added: “It’s a great honour to be listed as a highly-cited author for Geosciences, and even more pleasing to be amongst three highly-cited climate change researchers at Exeter. This is further evidence of Exeter’s excellence and ever-growing ambition in this critically-important area.”

Andrew Hattersley Professor of Molecular Medicine, said: “This award reflects the outstanding research in genetics and diabetes seen at the University of Exeter. It is great that people see this work as important.”

About 3,000 researchers globally earned the distinction of being included in the list by writing the greatest number of reports officially designated by Essential Science indicators as Highly Cited papers over the past decade.