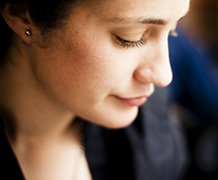 The research is listed at number 95 on the list.
Image courtesy of Shutterstock.

A University of Exeter- led study has been ranked as among the most shared and discussed academic research of 2015.

The research, published in The Lancet, showed mindfulness-based therapy may potentially offer an alternative to antidepressants for preventing depression relapse.

It is listed in the 2015 Altmetric Top 100 list, which measures the research which most caught the public’s attention this year.

The research is listed at number 95 on the list, determined by the volume of coverage each article has received in the mainstream media, as well as shares and comments on blogs, Wikipedia, social media platforms (including Twitter, Reddit and Facebook), and in scholarly spaces such as post-publication peer review forums.

The University of Exeter- led research, which involved collaboration from the Plymouth University Peninsula Schools of Medicine and Dentistry, was the largest ever study to compare mindfulness-based cognitive therapy – which combines mindfulness meditation with therapy that aims to change the way people think and feel about their experiences – with maintenance antidepressant medication for reducing the risk of relapse in depression, for people with a history of repeated episodes of depression.

Trial Manager and Co-author Dr Rachel Hayes, Research Fellow at the University of Exeter Medical School, said: “One of the most exciting findings from this trial for me is the importance of both treatments in helping people who’ve had a long history of depression to stay well. It gives us confidence that patient preference for antidepressants or group therapy can be the deciding factor in the treatment that is offered to people.”

Co-author Professor Edward Watkins, Professor of Experimental and Applied Clinical Psychology at the University of Exeter, said: “We are extremely gratified that the PREVENT study stimulated so much debate and interest. This was an important and large study to test the hypothesis that mindfulness-based cognitive therapy might be better than antidepressants at preventing further episodes of depression in people who have experienced multiple episodes of depression.

“Although the primary hypothesis was not supported, there was no observed difference in the protection offered by mindfulness-based cognitive therapy and antidepressant medication. Along with other trials, this suggests that mindfulness-based cognitive therapy may be a viable alternative to antidepressants for this population, although a fully powered equivalence trial is now required.

The research generated 39 news stories, 13 blog posts, 690 tweets, 111 Facebook posts, 8 Google Plus posts and 2 Reddit posts. It was led by Professor Willem Kuyken, now at the University of Oxford.

Altmetric was founded in 2011 and tracks and analyses the online activity around scholarly literature. Altmetric collates what people are saying about research outputs online, and works with some of the biggest publishers, funders and institutions around the world to deliver this data in an accessible and reliable format.