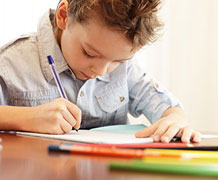 The survey is part of a wider move by the Department of Health to tackle mental health issues in young people. Image credit: www.shutterstock.com

The first report on the mental health of young people between the ages of two and 19 will involve an expert researcher from the University of Exeter Medical School.

The announcement, made last month, comes against a rising tide of cases of young people being admitted to hospital with such conditions. Last year saw more than 15,668 hospital admissions from girls aged 15-19 for self-harming, up from 9,255 a decade ago.

Tamsin Ford, Professor of Child and Adolescent Psychiatry, will work alongside Professor Robert Goodman, of the Institute of Psychiatry, on the study, which is funded by the Department of Health. They will advise on the content of the survey, which will be conducted by NatCen Social Research and the Office of National Statistics, and will involve nearly 10,000 young people and their families.

Professor Ford said: “We really need to understand how many young people in our communities have poor mental health so that young people have prompt access to effective interventions when they need it.”

“We lack data from the UK about the mental health of very young children whilst research points to the importance of the pre-school years for healthy development, hence the need to study children from the age of two. We want to establish how many pre-school children suffer from poor mental health to better target services for those that are struggling.”

Professor Ford will lead the West Country team of clinical assessors who will examine the responses that young people, parents and teachers give to questions about the young person’s mental health. This represents an opportunity for local trainees to gain both clinical and research expertise.

The team will assess how many young people have difficulties that would warrant intervention from child and adolescent mental health services in clinical practice.

The survey is part of a wider move by the Department of Health to tackle mental health issues in young people. They include a £660,000 campaign, including a website co-designed by young people, to raise awareness and understanding.