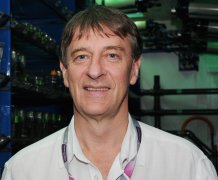 Professor Philip Ingham FRS will join the University to take up the pivotal post at the LSI.

One of the world’s most pioneering and influential developmental geneticists has been appointed as the inaugural Director of the University of Exeter’s Living Systems Institute.

Professor Philip Ingham FRS will join the University to take up the pivotal post at the LSI, a £52 million world-class, next generation collaborative research community.

Prof Ingham is currently Toh Kian Chui Distinguished Professor and Vice-Dean for Research at the Lee Kong Chain School of Medicine, a partnership between Imperial College, London and Nanyang Technological University in Singapore. A Fellow of the Royal Society since 2002, he is also a Fellow of the Academy of Medical Sciences, an honorary fellow of the Royal College of Physicians and an elected member of both the European Molecular Biology Organisation (EMBO) and the Academia Europaea.

A pioneer in the genetic analysis of development using fruit flies and zebrafish as model systems, Prof Ingham is globally renowned for his contributions to several of the most influential discoveries in the field of developmental biology over the last century.

His research has revealed important links between embryonic development and cancer.

His co-discovery of the ‘Sonic Hedgehog’ gene, recognised as one of 24 centennial milestones in the field of developmental biology by Nature, in 2004, led directly to the establishment of a biotechnology company that helped develop the first drug to target non-melanoma skin cancer.

Commenting on his appointment, Prof Ingham said: “I am incredibly honoured to have this outstanding opportunity to lead the world-class research that will be undertaken at the Living Systems Institute. This is an exciting time to be a part of the University of Exeter, as it strengthens its already excellent global reputation.

“The new Living Systems Institute will pioneer some of the most innovative and engaging approaches to understanding diseases and how they can be better diagnosed, and I look forward to working with my new colleagues in this vital research.”

The Living Systems Institute, which opens in 2016, will develop a completely new approach to the analysis of Biological processes. It will take a holistic view of how cells, tissues and whole organisms operate and, importantly, what happens to them when they succumb to diseases.

A key approach of the Living Systems Institute will be the application of the techniques of mathematics, predictive modelling, control engineering and physics to understand, in detail, the operation and establishment of disease.

The LSI is a truly inter-disciplinary endeavour that will involve scientists involved in clinical research with engineers, physicists, mathematicians, cell biologists, molecular geneticists and a whole string of other disciplines who will pool their expertise to address the same underlying research questions. Collectively, researchers will build upon some of the University’s existing strengths in this area.

Professor Nick Talbot FRS, Deputy Vice-Chancellor Research and Knowledge Transfer said: “We are delighted that Philip has agreed to become the first Director of the Living Systems Institute.  He has a deep commitment to interdisciplinary science and the ethos we are trying to build in LSI.

“It is great that we have been able to attract a scientist of Philip’s eminence to join the University and take on this important leadership role. The LSI is an exciting venture for all of us at Exeter, as we believe it will lead to better diagnosis and treatment of disease in the future, and Philip is the perfect fit for the new role.”