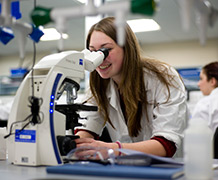 University adds to its Athena SWAN awards in 2015

The University added an additional award to its Athena SWAN tally this year with a Bronze for the Biosciences department at Exeter.

It was also successful in renewing its Bronze institutional level award and CLES at the Penryn campus in Cornwall has progressed from a Bronze to a Silver award.

In total the University holds awards for the following departments:

The Athena SWAN Charter is a scheme which recognises and celebrates good employment practices for women working in science, technology, engineering, maths and medicine (STEMM) in higher education. The Charter was launched in June 2005.  Any university or research institution which is committed to the advancement and promotion of the careers of women in STEMM in higher education and research can apply for membership.

Professor Mark Goodwin, Deputy Vice-Chancellor (External Affairs) commented:“The advancement of science, technology, engineering maths and medicine is fundamental to quality of life across the globe; it is therefore vitally important that women are adequately represented in what has traditionally been a male-dominated area. Science cannot reach its full potential unless it can benefit from the talents of the whole population, and until women and men can benefit equally from the opportunities it affords.”

This year, 113 higher education institutions, research institutes and individual schools and departments will receive an ECU Athena SWAN award. It is the highest number of awards presented to date, with the success rate increasing in this round compared to the last from 69 per cent to 73 per cent.

The awards ceremony will be held on 15 June 2015 at the University of Greenwich.