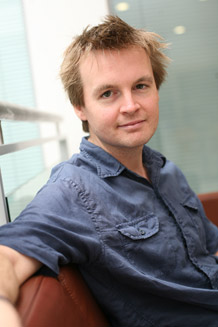 A University of Exeter scientist has been awarded a Distinguished Investigator Award by the Brain and Behavior Research Foundation, a US charity that funds research into the causes of mental illness.

Professor Jonathan Mill, of the University of Exeter Medical School, received the $100K (£66,000) award to support his research into the role of neurodevelopmental processes in schizophrenia. Professor Mill will look to study the mechanisms by which genes are activated and regulated during human brain development and how these processes may be involved in psychiatric illness.

Professor Mill said: “The importance of studying the causes of mental illness cannot be understated and we currently know very little about the molecular processes in the brain involved. My research focuses on genomic changes during brain development and their role in disorders such as schizophrenia.”

Fifteen scientists from across the globe have been granted Distinguished Investigator Awards in the current funding round, to aid better understanding and treatment of psychiatric disorders such as schizophrenia, depression, bipolar disorder, substance abuse, PTSD and autism spectrum disorders.

The researchers were selected by the Brain and Behavior Foundation’s Scientific Council, which encompasses 165 leading experts across brain and behaviour research.

“The Distinguished Investigator awards encourage established scientists to explore new areas of neurobiological or behavioural research, or broaden their current research in ways that may not be possible under current funding structures,” said Foundation President and CEO Jeffrey Borenstein, M.D. “These grants inspire creative approaches to understanding and treating psychiatric disorders.”

The Foundation funds innovative ideas in neuroscience to better understand the causes and develop ways to treat brain and behaviour disorders.