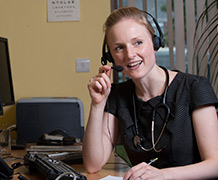 Patients receiving care from commercial providers of out-of-hours care report poorer ratings of care when compared with not-for-profit or NHS providers, a new study has shown.

In the first study of its kind, a team led by the University of Exeter Medical School analysed results from more than 80,000 eligible patients who responded to the English General Practice Patient Survey, and who reported their experience of using an out-of-hours service in the past six months. The work, published online in the BMJ on Friday May 1, was funded by NIHR and involved collaborators at Cambridge University and American research organisation RAND Corporation. The team found less positive average patient experiences for some provider organisation types, comparing commercial providers and NHS providers with not-for-profit providers. Commercial providers scored lowest overall, and NHS providers scored highest by a small margin. This finding was evident even after controlling for factors including ethnicity, gender, age, deprivation, parent status and the ability to take time away from work to use daytime GP services.

Professor John Campbell, of the University of Exeter Medical School, a GP and researcher who led the study, said: “This is a large scale and robust study, and yields interesting results that warrant further investigation and understanding. It is important to exercise caution in interpreting the results. Although commercial providers scored lower overall, the best commercial providers scored higher than many of the NHS and not-for-profit providers. There are variations and examples of good practice among all providers, but the overall trend is that patients report less positive experiences with commercial providers, and we now need to understand why that is the case.”

In 2013-14, 5.8 million cases were handled by GP out-of-hours services in England, and these services cost around £400 million per year.*

Respondents to the survey reported their experiences with the out-of-hours service with respect to three factors: timeliness of care, confidence and trust in the out-of-hours doctor or nurse, and overall experience of care. Their response was rated on a scale of 0 to 100, and in each area, the aggregated score for commercial providers was around three points lower than for not-for-profit providers. Overall, NHS providers scored slightly higher than not-for-profit providers.

Some ethnic minorities, particularly Asian patients, reported a poorer experience than white patients, especially when asked about timeliness of care.

Dr Fiona Warren, of the University of Exeter Medical School, led the statistical analysis, and said: “This was the first study in recent times to link such a large number of patients with their out-of-hours provider via their GP surgery. This was a significant undertaking and has yielded interesting results. We believe that the statistically significant differences of three points between organisation types represents a practical difference in patient experience, and an opportunity for quality improvement.”

Further research could usefully explore the basis of these findings, possibly by looking in more detail at the structures in which care is being provided – for example, whether by a doctor or a nurse, or whether telephone or face-to-face consultations were used to provide care. In addition, research using interview-based techniques might provide useful and important additional information to help contextualise and understand the results.