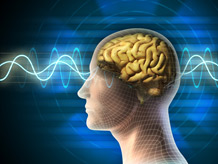 Alzheimer’s Society has announced the launch of a new dementia-focussed Doctoral Training Centre at the University of Exeter. The centre will support eight PhD students to investigate the effect of dementia on the brain’s neural networks.

Dr Doug Brown, Director of Research and Development at Alzheimer’s Society said: "There’s a huge amount of progress being made by the dementia research community but unless we attract and train the best researchers we will limit how quickly we can make ground breaking discoveries. For too long dementia research has been underfunded and as a result we have significantly fewer scientists than other conditions."

If we’re going to defeat dementia we need to build a research workforce that is fit for the future. That’s why we’re proud to be announcing a £5m million investment, the largest of its kind, which will create the next generation of dementia researchers. People with dementia deserve nothing less than an all-out fight back against the condition and our Doctoral Training Centres will help us enlist the right people to lead that fight.’

The Doctoral Training Centre at Exeter will bring together psychologists, geneticists, mathematicians, cell biologists and neuroscientists to investigate how dysfunctional brain networks develop and contribute to the symptoms and progressive functional decline in dementia.

Andrew Randall, Professor in Applied Neurophysiology at the University of Exeter Medical School and director of the DTC said: "The bid team is absolutely delighted to have succeeded with our submission for this fantastic initiative. The UK is fortunate to have many leading dementia researchers and these awards will bring a wave of new, early-stage research talent into the fight to defeat dementia. We are already seeing some excellent candidates applying for our projects, and it is clear we will be able to recruit a strong cohort of research students. Our success in this bid reflects the rapid growth in biomedical dementia research at Exeter, something that has been enabled by the University’s recent significant investments in this crucial area. We hope this recent growth in dementia research at Exeter will continue in the future, an ambition this exciting new award will certainly promote."

Among the several studies that will be taking place, one will be using a mathematical technique to study the different symptoms of dementia and help doctors to diagnose and distinguish the different forms of dementia – something that remains a substantial challenge today.

Other studies include the use of blood supply to the brain as a potential diagnosis of mild cognitive impairment or Alzheimer’s disease, and a study by a qualified doctor into the overlap between epilepsy and dementia.

The Doctoral Training Centre will include four doctorates funded by a £440,000 grant from Alzheimer’s Society and four funded by University of Exeter.

The Exeter centre is one eight new specialist centres around the country that are being co-ordinated and funded by Alzheimer’s Society. With leveraged funding from institutions, this represents nearly £5 million in new investment to support 55 PhDs and clinical fellows – the single biggest funding commitment to support early-career dementia researchers in the UK.