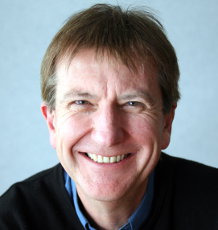 Professor Logan trained initially in paediatrics and then in epidemiology. He continues to practise as a paediatrician but his major role is as a researcher and as Director of NIHR Applied Research Collaboration South West Peninsula (PenARC). His central concerns are the generation of research of direct relevance to policy and practice and helping to make research more accessible and useful to practitioners, the public and health service managers.

PenARC is an NIHR-funded partnership between the Medical School and all the local NHS organisations which aims to improve health outcomes through the conduct of patient focussed research. The partnership brings together researchers and decision makers in the health service, including service users, clinicians and health service organisations, to try to ensure that the best use is made of existing evidence and that where key gaps in evidence are identified these can be addressed by rigorous research. Patient and public involvement forms a particularly strong strand with members of the public involved at all stages including prioritisation of topics and research design and conduct and implementation.

His personal research interests include the evaluation of interventions for children, development of methods for use of routine data to estimate effectiveness and evaluation of approaches to implementation of research evidence in practice.

Like most clinical epidemiologists, Professor Logan's research activities encompass a range of subjects. The unifying theme of these apparently disparate projects is the search for evidence to address policy questions, reflecting a view of epidemiology as a basic science for clinical medicine and health policy. In recent years much of his work has been in the areas of childhood disability, management of common conditions in childhood and the search for effective methods to influence unhealthy lifestyle factors. A central tenet of his research has been the importance of involving families in the research process. As a consequence he has developed strong links with family run charities leading inter alia to a large grant from Cerebra to establish a research unit focussing on evaluation of interventions in childhood disability.

The establishment of PenCLAHRC, the Peninsula Collaboration for Leadership in Applied Health Research and Care, in 2008 has led to a substantial broadening of his areas of research. This NIHR-funded clinical effectiveness initiative includes all 11 local NHS organisations, the medical school and the Universities of Exeter and Plymouth and aims to improve clinical effectiveness by promoting collaborative working between service users, clinicians, health service managers and academics in the conduct of applied research. With help from colleagues, primarily Professor Sir John Tooke, Professor Logan designed an innovative approach in which they actively encourage decision makers to work with them to identify key questions, attempt to answer them through primary or secondary research and then to use the results to change routine practice. They are currently running some 70 projects ranging from studies aimed at developing and testing more effective diagnostic approaches in diabetes and management of acute chest pain to the evaluation of the use of operational research modelling as a basis for service redesign in stroke. They are particularly proud of the successful engagement of large numbers of members of the public who have not only suggested and helped prioritise research projects, but have been engaged throughout the design process, becoming co-applicants on a number of grants.

On 9th January 2013, the NIHR announced a new, single-stage competition to designate and fund up to twelve CLAHRCs for a further five years, starting 1st January 2014. NIHR CLAHRC South West Peninsula successfully submitted a bid for a continuation of ďż˝10 million in funding from the NIHR to continue throughout 2014 to 2018.

Early in his career Professor Logan developed an interest in the education of clinicians and researchers.Â  This grew in part from his conviction that the application of epidemiological perspectives to clinical practice and health policy could lead to better outcomes for patients.Â  In 1989 he established the Community Paediatric Teaching Unit at the Institute of Child Health and developed a Masters programme for paediatricians training in this field.

With Shah Ibrahim and Ruth Gilbert he gained a substantial grant from the Department of Health in 1996 to establish the Systematic Reviews Training Unit and, the following year, a further grant with Ruth Gilbert to set up the Centre for Evidence-Based Child Health.Â  Within these unitsÂ they developed a participatory approach to teaching multi-disciplinary groups whichÂ they believe helps participants to develop the skills they need to allow them to make best use of evidence in clinical practice and the development of policy.Â  Additionally they have run courses across the world, including the USA, Canada, Australia, Hong Kong, the Netherlands, South Africa and India.Â  Professor Logan used this background to help design the Evidence-Based Practice theme which runs through the undergraduate medical curriculum.

Within NIHR CLAHRC South West Peninsula, Professor Logan has devised a series of training packages broadly around evidence-based practice, which aim to help clinicians, managers and members of the public develop the skills needed to identify and begin to address their evidence needs, facilitating the partnership working NIHR CLAHRC South West Peninsula seeks to promote.