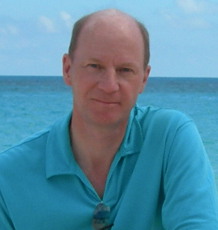 Professor Depledge is now retired but may be reached via his University email address: m.depledge@exeter.ac.uk

Michael was educated at Westfield College, University of London where he gained a First Class Honours degree in Biological Sciences, (1975) and a PhD in the ecotoxicology of marine organisms (1978). As a post-doctoral research fellow at the Brompton Hospital, London he moved on to study lung damage in the severely ill. Later, as a clinical scientist at the Royal Marsden Hospital he became a member of the team that conducted the first bone marrow transplants for the treatment of leukaemia. His pioneering research led to ways of reducing the severe lung toxicity associated with chemotherapy, whole body irradiation and the transplanted bone marrow graft. (1979-1982). In 1982, as a lecturer in Physiology at the Medical School of the University of Hong Kong, he developed research in environmental medicine, but in 1987 was invited to become the first Chair of Ecotoxicology in Europe at Odense University, Denmark aged 33 years. He went on to establish a highly productive, internationally-recognised research group. He returned to the UK in 1994 to take up the Chair of Marine Biology and Ecotoxicology at the University of Plymouth. He was a founding Director of the Plymouth Environmental Research Centre in 1996.

In September 2002, Michael was invited to take up the role of Chief Scientific Advisor of the UK Government’s Environment Agency. After a 4 year term in which he produced the Agency’s first ever Science Strategy and created a Europe-wide partnership among the science departments of EU member state environment agencies, he returned to academia to take up the Chair of Environment and Human Health at Peninsula Medical School. At the same time he became the Chief Science Advisor at Plymouth Marine Laboratory (the later until Sept, 2007). He was appointed as a board member of the Natural Environment Research Council (NERC 2002 to 2006), and was a founding board member of Natural England (2006-2009). He is a former member of UK Government’s Chief Scientific Advisors Committee (CSAC) and worked as a member of the Royal Society’s task force on “Ground level ozone in the 21st Century” and as their representative to the European Academies Science Advisory Committee (EASAC). Professor Depledge is a former chair of the Science Advisory Group for Environment and Climate Change, in DG-Research, European Commission in Brussels and a former member of the Royal Commission on Environmental Pollution.

Depledge has published more than 400 peer-reviewed scientific papers in leading international journals and books. In recognition of his major scientific contributions to the fields of comparative toxicology and medical toxicology he was awarded a Doctor of Science (DSc) degree by the University of London (1996). Since 1990 he has been an expert advisor to the United Nations, working in Brazil, Costa Rica, India, China, Vietnam and several other countries to develop the RAMP (Rapid Assessment of Marine Pollution) programme for UNEP’s Global Oceans Observing System (GOOS). He also serves as an expert advisor to the World Health Organisation (2001- ongoing).

In 2008 Depledge conceived and took the lead in developing and establishing the European Centre for Environment and Human Health on the University of Exeter Medical School campus in Truro.

Michael moved to Emeritus Professor status in 2018, but continues as a Advisory Board member for the ECEHH as well as the boards of several research projects. He is a member of the UK Government's  Hazardous Substances Advisory Committee (HSAC - DEFRA) and the Global Health Committee (Department of Health).

Depledge is currently Chief Scientific Advisor and a non-executive board member of the Eden Project. He holds Honorary Professorships at University College, London and Chiba University  Medical School, Tokyo, Japan. He was appointed as a Commander of the Order of the British Empire (CBE) in the 2016 New Years Honours list for his service to the environment and human health.

Prof. Depledge is interested in all aspects of biology, but especially the ways in which anthropogenic activities affect the environment and human health. The ecotoxicological research he conducted has focused on the effects of environmental pollutants on the physiology and behaviour of marine invertebrates and subsequent ecological and evolutionary consequences. He has a particular interest in biomarkers (that allow changes in the health and physiological status of organisms to be monitored over time.) and in chemical pollution effects in nature.

Another key aspect of his work has been to pioneer studeis how environmental change impacts the health and wellbeing of humans.

For many years he has been exploring how to use research findings in a constructive way to influence the development of new policies. This has now become his primary objective.

CBE (Commander of the Order of the British Empire)

Prof. Depledge's research addresses the interconnections between the environment and human health.

He has ongoing research projects with his research teams looking at:

Impacts of climate change on human health and wellbeing

Pharmaceutical impacts on the environment and human health

Use of the natural environment to promote health and wellbeing.

Novel use of media to communicate science-policy issues.

Poulsson Medal of Honour, Norwegian Society of Pharmacology and Toxicology (2009).

Advisor to UNEP, IMO and IOC.

Chair of the Advisory Group on Nanomaterials and Human Health (World Health Organisation).

Member of the committee of Global Environmental Change and Human Health (United Nations).

Chair of the Advisory Board, ECEHH- UEMS.

Member of the Royal Commission on Environmental Pollution (2007-2012)

Invited lecture; “Water and the Environment” at the Potent Substances on the Boundaries of Food & Medicine conference, Wellcome Trust Centre, London, September 2010.

Invited keynote lecture: “Health and wellbeing from the Environment”, First Conference of College of Medicine, Mansion House, London, May 2011

Invited to give the “Chiltern Lecture” at Health Protection Agency, Chilton, Didcot (Title: Re-evaluating interconnections between the environment and human health). April 2012

Invited by the Prime Minister of Bhutan, to participate at the High-Level Meeting on “Happiness and Wellbeing: Defining A New Economic Paradigm”, held at the United Nations Head Quarters in New York, April 2012.

HRH Prince of Wales Pharma Project, Business, Health and prosperity, leadership for the future of Human Health. Invited keynote lecture – “The future of human health – the implications of social and environmental change”, held at the Royal Society, London. June 2012

Science and Policy for Change: Children, place and health in Scotland, Title of talk: The methodological challenges of complex science-policy questions” November 2012

He led the creation of the Masters in Environment and Human Health at ECEHH and gives lectures on the course.