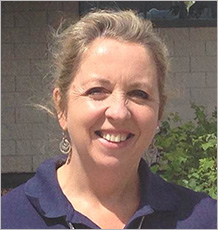 If contacting me regarding sensitive or personal information, please use: m.Shepherd1@nhs.net rather than my University of Exeter email.

Professor Shepherd trained as a Registered General Nurse in London and worked as Diabetes Specialist Nurse (DSN) for eight years prior to moving to Exeter in Devon in 1995 to join the diabetes genetics research team. She gained a PhD in Medical Science in Exeter focussing on attitudes to genetic testing in diabetes in 2000. She has qualifications in Medical Education and Genetic Counselling. She delivered the Janet Kinson award lecture at DUK in 2003, is an Editorial Board member of the European Diabetes Nursing Journal and has over >100 publications (>30 first author). Her interests include the impact of genetic testing in diabetes, particularly the change from long term insulin to tablet treatment, misdiagnosis, patient experience, translating research findings into clinical care and increasing awareness and knowledge of monogenic diabetes amongst health care professionals.

Her role within the department includes research, educational and clinical roles. Her research currently involves identifying patients with monogenic diabetes who have been misdiagnosed as having Type 1 or type 2 diabetes and co-ordinating the transfer of these patients to the most appropriate treatment. She leads the national Genetic Diabetes Nurse project which has been running since 2002 and trains DSNs about the genetics of diabetes so they can raise awareness of monogenic diabetes, identify and support families across the UK. She is also the educational lead for our Clinical Research Facility. She runs monthly monogenic clinics with Professor Andrew Hattersley and is happy to guide clinicians and patients about the management of their monogenic diabetes. She has also been appointed as one of the national NIHR70@70 Senior Nurse Research Leaders and wihtin that role aims to increase the profile and delivery of high quality research amongst nurses and midwives and is developing strategies to bridge the gap between clinical care and research

Monogenic diabetes: getting the diagnosis right at ‘Taking diabetes care from good to great’ for SB communications supported by Lilly in Manchester, London, Belfast and Birmingham, April and May 2012

Course on monogenic diabetes for American Paediatricians (Exeter, May 2008)

European MODY conference ‘Understanding diabetes in the pharmacogenomic age’. This is the first meeting of the EASD Study Group on Genetics of Diabetes (EASD-SGGD), Malaga, Oct 2007

Dr Shepherd has been involved in identifying patients and their families with monogenic diabetes to take part in a range of newpaper articles over the years and have also taken part in radio interviews about diabetes research.

Module lead for the Work based learning module of the MSc in Genomic Medicine, University of Exeter