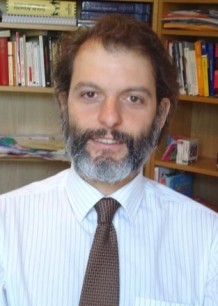 Presnetly working remotely, as based in Singapore

I am an Academic General Practitioner, with a commitment to research on patient centred care that is relevant for decision making in clinical practice and health policy. I led the Health Services & Policy Research Group at the University of Exeter Medical School (2013-2021) and was the lead for Education and Training at the Exeter Collaboration for Academic Primary Care (APEx), NIHR School  for Primary Care Research. I am presnetly Honorary Professor at the University, with main appointments as Professor of Medicine at the National University of Singapore, and Head of the Department of Family Medicine and Director of the Centre for Research in Health Systems Performance (CRiHSP) at the National University Health System, Singapore.

My research interests focus on the use of patient reports on their own health for decision making in clinical practice and health policy, and the improvement of processes of care (quality and safety), with a particular interest in patients with multiple conditions (multimorbidity). I have participated in over 50 research projects and have authored over 200 publications, including papers, books and book chapters, editorials, letters, and scientific communications and provided expert policy advice to the World Health Organization, Organization for the Economic Cooperation and Development, and NHS England, among others. I serve as Field Chief Editor for Frontiers in Health Services and Chairman of World organisation of Family Doctors (WONCA) Working Party in Quality & Safety and was elected President of the International Society for Quality of Life Research (2017-2019).

Since completing my training as a General Practitioner I have maintained active clinical practice in different countries and in a variety of environments, including developing countries for very brief periods. I am also devoted to postgraduate teaching, particularly in areas where research meets clinical practice (Applied Health Services Research, Clinical Epidemiology and Evidence Based Practice).

My main areas of expertise are in patient centred care, with a particular focus on the use of measures of Patient Reported Outcomes and Experiences (development, adaptation, application, interpretation and clinical applications of PROMs, qualitative methods for content generation, psychometrics and quantitative analyses (classical test theory and Item Response Theory Models), and appraisal of instruments), multi- and co-morbidity, and quality and safety in Primary Care.

After combining my PhD (IMIM-Hospital del Mar and Pompeu Fabra University) and my training as a General Practitioner in Barcelona, Spain, I started my post-doctoral research at the Department of Health Policy and Management, Johns Hopkins Bloomberg School of Public Health under the supervision of the late Prof. Barbara Starfield. I then joined the National Primary Care Research and Development Centre, University of Manchester led by Prof. Martin Roland, and in 2010 arrived at the Nuffield Department of Primary Care Health Sciences at the University of Oxford to set up and lead the Health Services and Policy Research Group. In September 2013, I was appointed Chair in Health Services and Policy Research at the University of Exeter Medical School. In January 2022 I took up the role of Head of Department of Family Medicine at the National University Health System in Singapore.

For a list of publications with citations, please see here

Jose's main interest is in the further development of models of care that ensure that care is truly centred around the patients. To that aim his current interests are in Patient Reported Outcomes and Experiences Measurement (with a particular focus on the combined use of individualised and standardized measures), models of care for chronic conditions (with a focus on multi- and co-morbidity), and quality and safety in Primary Care.

Presently not involved in teaching at the University of Exeter