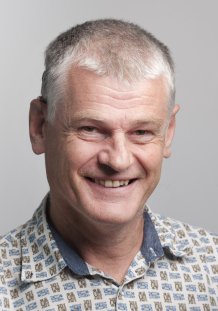 A professor whose research in improving cancer diagnosis has helped save thousands of lives each year has been awarded the CBE in the Queen’s New Year’s Honours.

Professor Willie Hamilton, of the University of Exeter Medical School, says his profound deafness created the space in a busy career as a GP to focus on his research. He recently made headlines when he regained his hearing, thanks to a successful cochlear implant.

It comes at a time when Willie, now 60, is managing over £15 million in research projects, all with the aim of getting the right cancer tests to the right patient at the right time. That means more accurate and potentially earlier and life-saving treatment for those who need it.

“Getting my hearing back has saved me, I think,” said Willie. “This year has been exceptional, and we’re now leading some really exciting projects that mean I need to be able to work with many international groups. I couldn’t keep travelling, just so we could be face-to-face allowing me to lip read.”

“In the last decade, we’ve seen the number of people being tested for possible cancer increase considerably – and we know earlier diagnosis saves lives,” said Willie. “That does mean that the NHS has had to invest millions in both the financial cost of testing and in having the staff to do that and to treat people – but the pay-off is enormous. Thousands of people are walking around in Britain today who would have been dead otherwise.

“The UK has historically lagged well behind the rest of Europe on cancer survival, but we’re starting to turn that around. It’s truly gratifying to be part of that.”

Deaf from his teens, Willie first wore hearing aids aged 30. Soon he was wearing two hearing aids. For 25 years he was unable to use the phone, relying heavily on the lip reading skills he quickly developed.

In 2000 Willie had a cochlear implant that was meant to restore his hearing – but it went badly wrong. It got infected, causing a skull abscess which forced Willie to take a career break from general practice.

“Suddenly I had more free time, so I threw everything into my research,” Willie explained. “I’d been a very active GP and I would have found it very difficult to fulfil the research objectives from my first big grant if it hadn’t been for that enforced career break.”

Five years later, Willie landed a major Department for Health grant. He had developed a technique for looking at patient histories and records in chronic fatigue syndrome to identify the features of that disease in the years before it was diagnosed. The grant allowed him to apply that work to cancer.

“This was a massive jump from the small, unfunded research projects I’d been doing, and it was mainly down to the input of Professor Debbie Sharp at Bristol. She took a huge leap of faith on a deaf guy with no research pedigree. We started this research area at just the right time – it was virgin territory and it came just as the country started to wake up to the fact that our cancer survival figures were dire, and that this research was critically important.”

He moved to Exeter in 1983, and worked at both the Barnfield Hill and Mount Pleasant practices as a GP, initially commuting to Bristol for his research role. Then, in 2010, he took up a Professorship at the University of Exeter. For Willie, it was a clear-cut choice. “I love Exeter – I’ve lived here since 1983 and it’s a fantastic place to live and bring up kids. I love the freedom at the University. I’ve had tremendous support here.

“This CBE recognises the whole team here. I’m absolutely thrilled to bits. Now we’re full steam ahead into 2019. Our country’s cancer survival rates are getting better but that’s not enough. We want to be leading the way.”