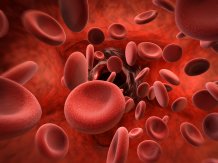 Men who have the Western world’s most common genetic disorder, haemochromatosis, are ten times more likely to develop liver cancer, according to a major new study.

Research led by the University of Exeter and published in the internationally renowned journal JAMA has led to renewed calls for routine early testing for the iron overload condition haemochromatosis, previously thought to be a lower-level health risk.  The finding could add more weight to calls for the UK National Screening Committee to recommend screening for the condition, which is currently under consultation.

The new study projected that more than seven per cent of men with two copies of the faulty haemochromatosis genes would develop liver cancer by age 75, compared to just 0.6 per cent in the general population. An estimated 175,000 men and boys of European ancestry in the UK have these faulty genes. They are particularly prevalent in Celtic bloodlines, meaning the UK and parts of North America have some of the highest rates in the world.

The research is led by the University of Exeter Medical School in the UK, in collaboration with the University of Connecticut, and Western University in Ontario, and South Warwickshire NHS Foundation Trust. Funded by the UK Medical Research Council, the study adds to the evidence to back widespread early testing for the condition. Previously, the Exeter team found that having the haemochromatosis double faulty gene quadruples the risk of liver disease and doubles the risk of arthritis and frailty in older age groups. It also causes higher risk of diabetes and chronic pain.

Reliable tests are available to identify those at risk - blood tests for measuring iron levels (serum ferritin, transferrin saturation) and genetic testing (HFE C282Y genetic blood test). Symptoms can include feeling tired all the time, muscle weakness and joint pains, meaning it is often misdiagnosed as the signs of ageing. Most of those with liver cancer develop liver damage first, often progressing to cirrhosis of the liver. Once diagnosed, the condition is easily treated by a process similar to donating blood several times a year, to lower iron levels.

The team analysed data from 2,890 men and women with two copies of the faulty gene (called HFE C282Y homozygous), from the UK Biobank, a large biomedical database of more than half a million British men and women recruited between 2006 and 2010 from across England, Scotland and Wales. People were aged 40 to 70 at the start of the study and were followed for a nine-year period. Twenty-one of the 1,294 men with the faulty genes studied have developed liver cancer thus far, of whom 14 died due to their liver cancer. Ten of these 21 men were not diagnosed with haemochromatosis by the time they had a liver cancer diagnosis.

Haemochromatosis is more serious in men, with women partially protected because they lose iron through menstruation and childbirth, although some younger women do develop the disease. The study found no increase in liver cancer risk in women with faulty haemochromatosis genes.

Dr Janice Atkins, Research Fellow at the University of Exeter and first author of the paper, said: “The haemochromatosis faulty genes are relatively common in people with European ancestries, and are causing potentially fatal diseases such as liver cancer. Unfortunately, haemochromatosis is often diagnosed too late. Earlier diagnosis could prevent so much unnecessary disease.”

Professor David Melzer, who led the team, said: “Tragically, men with the haemochromatosis faulty genes have been dying of liver cancer for many years, but this was thought to be rare. The large scale of UK Biobank study allowed us to measure cancer risk accurately. We were shocked to find that  more than seven per cent of men with two faulty genes are likely to develop liver cancer by age 75, particularly considering that the UK has the second highest rate of these faulty genes in the world. Fortunately most of these cancers could be prevented with early treatment.  Blood donations made during routine treatment of haemochromatosis can be used for other patients, so early diagnosis would actually be a win-win for the NHS.”

Dr Jeremy Shearman, a specialist in liver disease and an adviser to the charity Haemochromatosis UK, said: “Physicians and scientists have long acknowledged that iron overload is an important co-factor fuelling the development of many serious diseases including cancer. This research is a vital step towards quantifying that risk and should raise awareness of the importance of iron in the minds of both clinicians and patients. Measurement of iron stores and recognition of the genetic risk of iron overload needs to become a routine part of health assessment and monitoring in the UK."

Professor Paul Adams Western University’s Schulich School of Medicine & Dentistry, who has been studying haemochromatosis in Canada for more than four decades, said:  "The UK Biobank project is a glimpse into the future of medicine where all known genes are tested and then treatable conditions are offered treatment before serious complications develop. An early diagnosis of haemochromatosis can be treated by regular blood donation in Canada."

Neil McClements, Chief Executive of Haemochromatosis UK, said: “This paper underlines the need for early diagnosis to save lives. We know from our work as the UK’s only charity supporting people affected by genetic haemochromatosis that many men experience unnecessary suffering from liver cancer, caused by their genetic condition. But it’s not just men who suffer – their families and loved ones do, too.”

The NHS advises that it is important to talk to your GP if you have a parent or sibling with haemochromatosis, even if you don't have symptoms yourself – tests can be done to check if you're at risk of developing problems. People are also advised to talk to their GPs about haemochromatosis if they have the following persistent or worrying symptoms – particularly if you have a northern European family background. Typical symptoms include feeling very tired all the time (fatigue); weight loss; weakness and joint pain. Also, some men with haemochromatosis develop an inability to get or maintain an erection (erectile dysfunction), and some women have irregular periods or absent periods. These symptoms usually come on between ages 30 and 60.